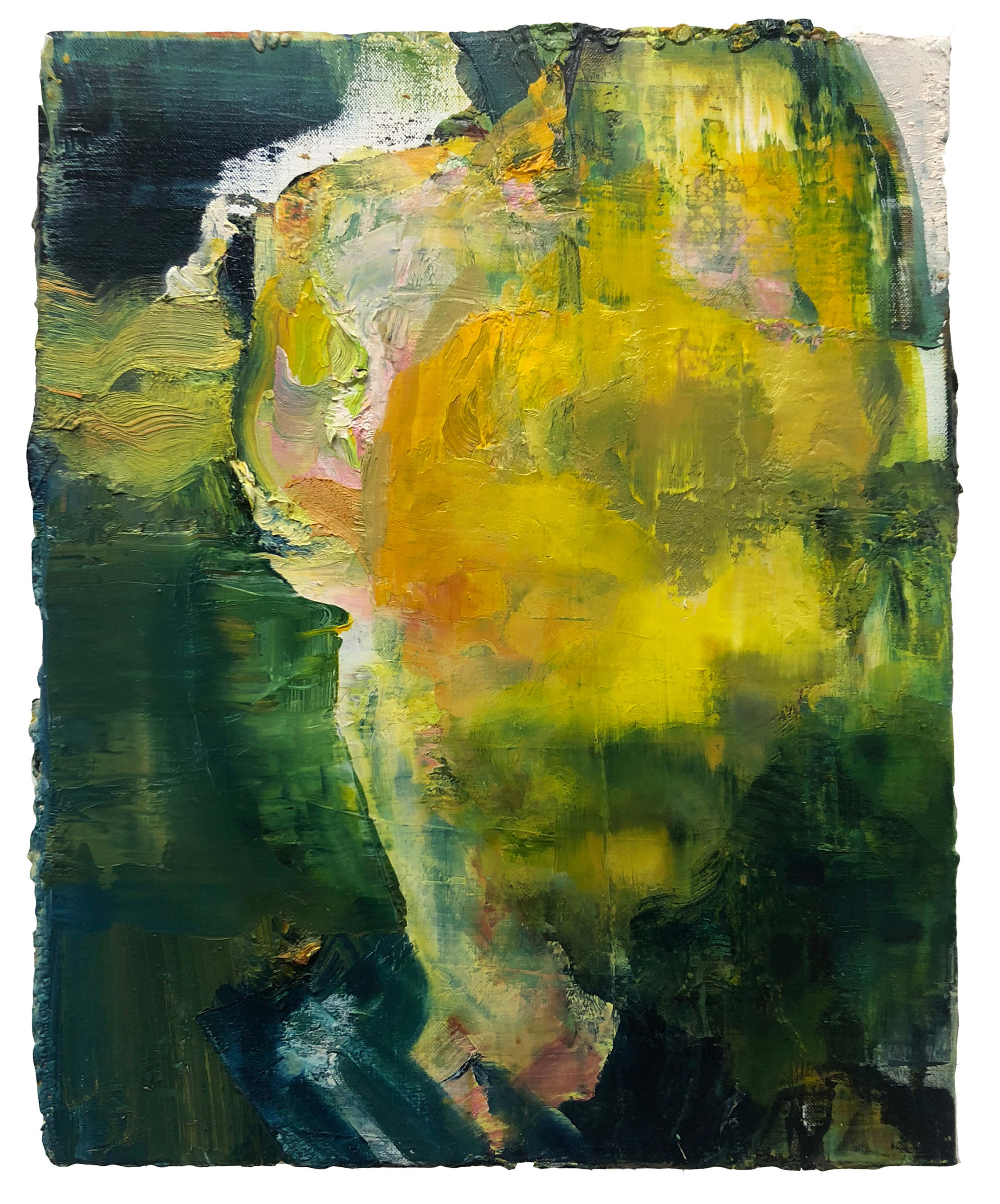 Two new works will form part of a group show in the Stanek Gallery in Philadelphia this May. The show has been curated by Hollis Heichemer and features the work of Alex Kanevsky, Donald Teskey, Helen O’Leary and Helen O’Toole among others. For more information please visit www.stanekgallery.com 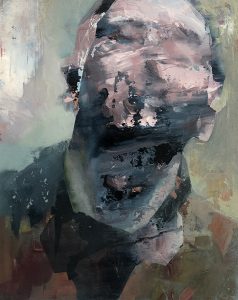 These works of art clearly exist on canvas, linen, paper, panel and other surfaces. And yet they burrow deep into the viewer, providing visions that last as long as we hold our stare. These remarkable works, out of contemporary arts culture in Ireland, present expansive visions that cast our eyes over rooftops, landscapes, layered patterns, around corners, and into interiors and walls themselves. These are at once visions of people and of the realms that people inhabit, or merely visit. With “Unforeseeable Thereness,” Hollis Heichemer and the Stanek Gallery have asked us to look at how these masterful artists see, and thereby inform how we see.

The moods here vary with the colors, layers, and weights of the works. For the time we study each of these accomplished works, we lose ourselves, as if at the height of a leap. In order to make sense of these visual worlds, we seek patterns as rooftops and fields repeat, as colors bleed and contrast hues as in Ron Rumford’s “Over Blue.” This show presents a contemporary visual arts culture in Ireland less concerned with iconic images of Irish cultures; there are no old boys on the corners, nor rural fairs, nor even young urban women in track suits. And, yet, here is a vision of Ireland, as old as the rivers, as fresh as May weather.

This show suggests, at least to us in America, that meaning making in contemporary Ireland is less about original cultures, or original peoples, and more about discovering meaning through the play of pattern, layer, and landscape. In Alex Kanevsky’s “Portnahally Rising Tide,” we might almost see a hero rising to battle these waves, but there we see instead the tidal energy of waves, unmistakably majestic in themselves. Donald Teskey’s “Tidal Rocks” similarly reveals how light, shadow, and depth only frame the sea’s energy. The inert stone, its runnels revealing its age, becomes dynamic in resistance. Even in the most atmospheric painting of the show, Helen O’Toole’s

O’Toole’s “To Remember,” set in the brume of recall, brushstrokes render memory like a thunderous sky.

The places that might be inhabited by people are empty in this show, appearing like a dinnseanchas about absent heroes, long gone but who formed the place. Donald Teskey’s “The Lee Valley Barn” gives us an unpeopled American-looking barn in Cork. Roger Chavez’s “City #4” gives us a sweeping vision of a structures without its inhabitants, the weight of the city undeniable and pleasing in its abstraction. Randall Exon “Peter’s Cottage” shows a private interior, pocketed within an exterior wall. The sienna lamp, with its white lampshade at a rakish angle, completes a play of intersecting angles in the painting, yet there is no one to adjust it. The effect is to arrest us, despite ourselves, and pause at Peter’s window, with its shimmering and newly painted fuchsia trim, before we pass on our way.

The show’s title, “Unforeseeable Thereness,” suggests that we not pre-see, not predict how the world will appear, perhaps most especially our visions of what Ireland should look like, or how a green hill, with a seagull perhaps over it, should fill a canvas, as in Hollis Heichemer’s “I-6.” Cian McLoughlin’s “Self-Portrait” and “Yellow Head” show us faces that transform through their mediums, how color and stroke either smear or accent still recognizable features—releasing the dynamism of the young artist or warm flush of a bright head. The latter recalls Ireland’s bog bodies; the dislocated head seems to weep the river of himself, to borrow from Seamus Heaney, pulling yellow out of the green field that pools blue where a body would begin.

Once we arrive at these artists’ sights, we recognize the visions as something real before us, pulling us to their own thereness. These scenes all suggest how the world weathers and weathers us; the works all seem exposed to processes that wear down, disrupt, wear out, or, seen differently, mold

into a new, smoother existence. Here is a very Irish logic of exposure and protection. Even “Safe House[s],” as in the two three-dimensional pieces we have from Helen O’Leary, present canvases, carrying an egg-and-oil emulsion, revealing their weight—like that of a history of rebel (and criminal) safehouses. Their surfaces sag, surprisingly, and seem almost doughy in contrast to their worn wooden substructures.

The worlds of these artists extend beyond their surfaces, which may contain, reveal, or frame the play of order and disorder. Patterns are revealed, and breaks in patterns draw our eyes. The genius of a white wall interrupts a green world, as in Randall Exon’s “White Walls.” This landscape, a distilled Irish one, suggests how tradition today is as much about accumulation and accretion as it is about bursts of invention and surprise. The landscapes and weathered pieces of this show ensnare us with their new ways of seeing. Hollis Heichemer’s “I-2” recalls the worlds of Jack Yeats in which people are as much a haycock or a brushstroke flare as they are people, but here we are alive to the actions of the paint more unabashedly and the land is only a point of reference. Other works like Ron Rumford’s “Dogbane 2” present vivid blue color like flowers patterned over their leaves in an unforeseeable way, the printed surface cut short from a vision that extends beyond the materials.

We are fortunate to have this outstanding collection visit the Stanek Gallery in Philadelphia, a proud city of the Irish diaspora, and a place long a host of great exhibitions.